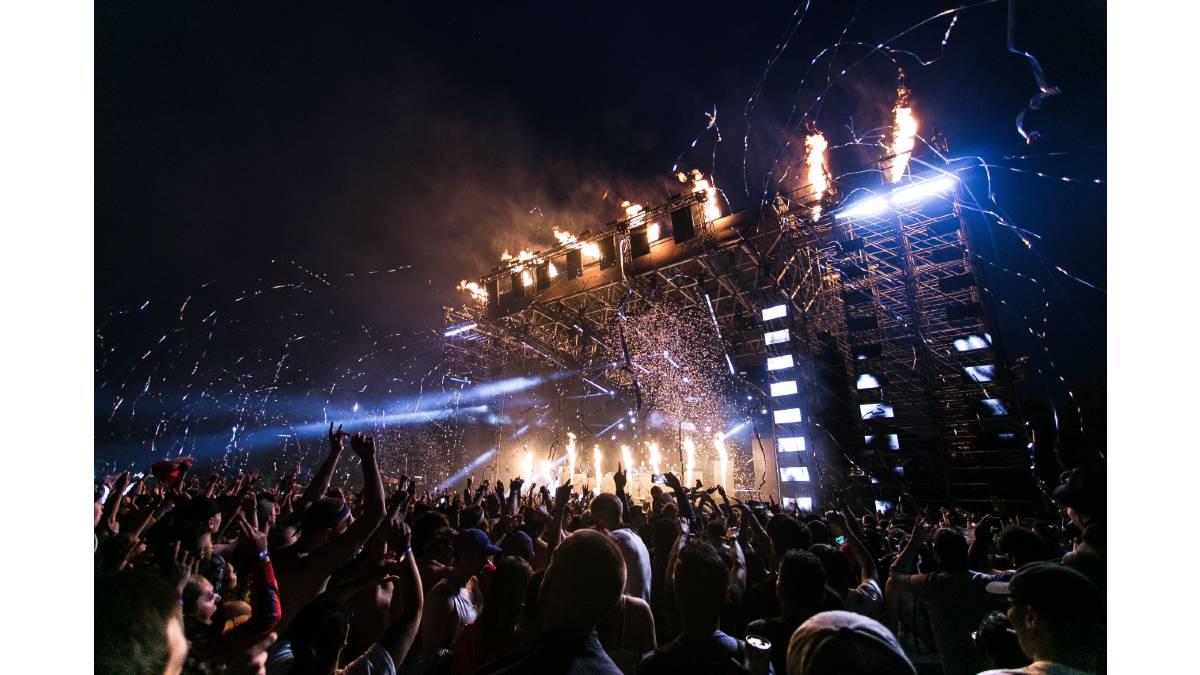 These kinds of spaces require an in-depth risk assessment by trained and experienced professionals.

by Jaime A. Moncada*

High-attendance buildings, or mass attendance, are occupations suitable for public gatherings with a high density of occupants, where hundreds or thousands of people can gather.

Examples of this type of occupation are concert halls, stadiums and other sports centers, convention centers and exhibition halls, auditoriums with fixed or movable seats, passenger terminals, libraries, restaurants and bars, among others. Generally, when there is a significant density of occupants and the venue has more than 50 people, this venue is assessed as a public meeting occupancy. If the enclosure has less than 50 people, it is evaluated as an auxiliary use to other types of occupations.

High attendance sites present specific fire safety issues such as physical movement and occupant behavior, exit capacity, and appropriate methods for alerting and directing occupants in the event of an emergency.

Parallel to this, the occupants of this type of buildings are not familiar with the location of the exits or how to protect themselves in case of a fire. Many of these occupations are used with very low lighting levels, as in the attached photo, or as in theaters or cinemas, where there is almost total darkness.

To illustrate the specific risks of different types of buildings with massive attendance, I will focus, from now on, on the description of the fire risks and protections of a football stadium. It should be clear that the requirements of a stadium are very different from those required by a restaurant, or a concert hall or an airport. Each occupation should be evaluated independently by trained and experienced professionals.

Risks with the number of occupants
On May 24, 1964, Peru and Argentina met at the National Stadium in Lima. That day the official attendance was 47,197 spectators, the maximum capacity of the stadium. Argentina won one to zero, when with two minutes left in the game, Peru scored the tying goal. However, Uruguayan referee Angel Pazos annulled the goal.

The decision sparked a chain reaction that begins with angry fans invading the pitch, fights in the stands and the fateful decision of the police to use tear gas against the same fans in the stands. This triggers a stampede towards the exit routes that had also been closed by the police. The result was 318 dead and more than 500 injured, the worst stadium tragedy of any kind in the world and another unfortunate "world record" for our region.

The worst stadium fire occurred 21 years later, at Valley Parade Stadium in Bradford, England, on May 11, 1985. That afternoon, as Bradford City drew against Lincoln City, two teams in the third tier of English football, garbage that for years had been collected under the stands of the stadium caught fire. This fire quickly ignites the wooden roof above these stands, as you can see in the attached photo, and in a matter of a few minutes an entire side of the stadium was on fire. Fortunately most of the spectators were able to evacuate to the grass, but due to the speed of the fire, 56 people lost their lives and 265 more were injured. 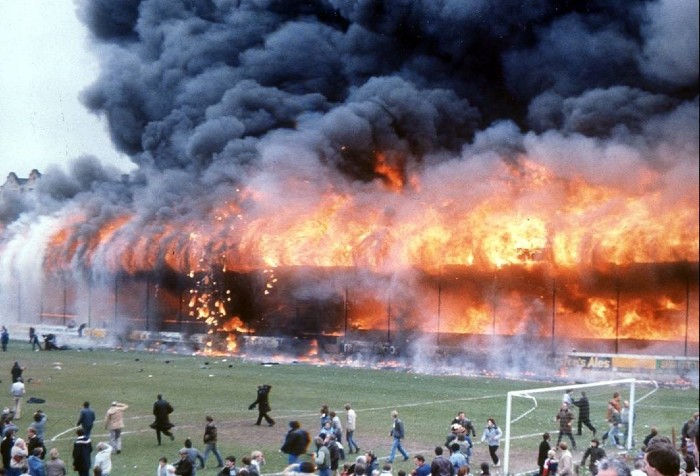 Fire Prevention Codes
These two incidents illustrate two of the main objectives in fire safety codes: preventing and/or controlling a fire while, in parallel, safe, efficient and effective methods of evacuation exist. The fire safety of a building or structure is obtained when it is evaluated as a whole.

Not only is the definition of fire systems, whether automatic (e.g. automatic sprinklers) or manual (such as hose connections), important, but they must be analysed simultaneously with the means of evacuation, the construction and compartmentalisation of the building, its contents and interior finishes, the methods of fire alarm and notification to occupants, interior lighting, elevators, signage, air conditioning and heating systems, among many others.

Modern fire codes, such as those of NFPA, have developed, for most risks, a prescriptive methodology, where buildings and structures are evaluated from the point of view of their use or occupation. Under this concept, each occupation has different requirements than other types of occupations. That is, the safety requirements of a hospital are different from those of a storage building. But also, due to the different architecture of each building, the normative analysis will give a different result for each building, even if they are of the same occupation.

Also in complex buildings, the prescriptive methodology may be inadequate and requires performance-based design. In buildings of massive concurrence, I reiterate, the emphasis is on the effective movement of the occupants and the control of the fire.

Challenges of modern architecture
Following the example of a stadium we must understand that the architectural and engineering design of these buildings has evolved, and in the same way the challenges for the fire protection engineer have changed. Today the modern stadium is used for a variety of events, from a football match, to concerts, political rallies, and religious conferences, where the sports field is occupied by spectators increasing the capacity of the venue and modifying evacuation plans.

NFPA Regulations
Unsurprisingly, NFPA's regulations include extensive requirements for mass concurrency buildings, which are primarily found in NFPA 101, Life Safety Code. Continuing with the previous reference of risk in a stadium, the main difference in its design is whether it has been classified as a "smoke-protected seating area" or not. When there is a smoke control system that keeps the smoke layer 1.8 m above the escape routes and the covered areas of the stadium are protected with automatic sprinklers, among other protections, the capacity factors of the exits are allowed to be less restrictive and the distances to the evacuation routes can be made longer.

The concept of "smoke protected seating" seeks to equate the safety of a stadium as if it were totally outdoors. Stadium evaluation departs from the typical prescriptive rules in NFPA standards, and requires a Life Safety Assessment, which sounds simpler than it is.

This report must be made in writing, prepared by competent and experienced professionals, and must be reviewed annually with the authorization of the local competent authority. The conditions to be considered in this assessment include approximately 80 different factors.

I should mention, almost anecdotally, that unlike FIFA regulations, NFPA 101 allows the nominal flow time during evacuation to be 11 minutes in structures with more than 25,000 chairs. It is quite common for fire protection engineering firms to evaluate the stadium with evacuation modeling using Fire Dynamics Simulators (FDS), as well as modeling of smoke movement, when the stadium is roofed. 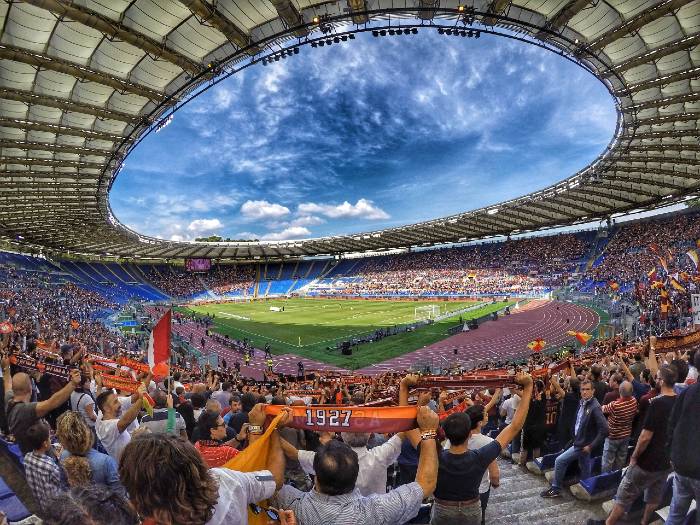 The modern stadium must also include a fire protection engineering analysis in the definition of the fire resistance of the structure. Depending on the protection objectives, the evacuation system can be designed with what is technically referred to as a "positive alarm sequence", where a pre-alarm of up to 180 seconds is allowed before the general alarm signal is initiated. Employees are also required to be present, around the stadium, in sufficient numbers and with knowledge of operational protocols for crowd control, security, monitoring systems and fire systems.

To conclude, a stadium is an increasingly complex building, and the same must be assumed in the other types of buildings and structures with massive concurrence. Life safety and fire protection issues suggest that the design aspects of the stadium escape the prescriptive criteria of the code, and must be conjugated with computer fire modeling and stadium operation management.

These design criteria are complex and require the involvement of experienced, competent and experienced fire protection engineering professionals. 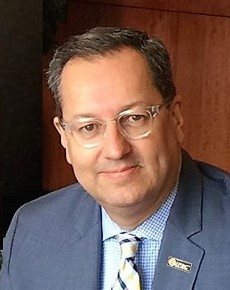 * Jaime A. Moncada, PE is a principal of International Fire Safety Consulting (IFSC), a fire protection engineering consulting firm based in Washington, DC. with offices in Latin America. He is a fire protection engineer graduated from the University of Maryland, co-editor of the NFPA Fire Protection Handbook, Vice President of the Society of Fire Protection Engineers (SFPE). Mr. Moncada's email address is [email protected]

No thoughts on “How to protect high concurrency buildings against fires”