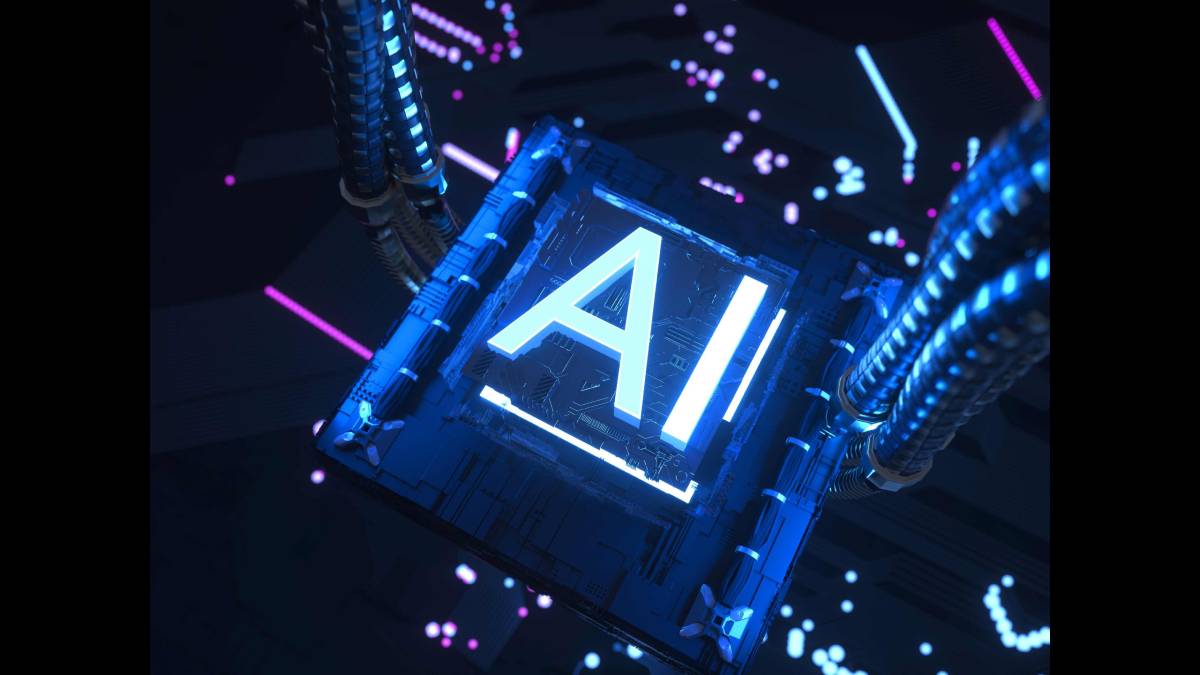 However, it has been present among us for longer than we have realized, and today it is present in all aspects of our daily lives, sometimes without us noticing it, and other times without us realizing that we are users of it.

What is Artificial Intelligence?
According to the European Parliament, artificial intelligence is the ability of a machine to present the same capabilities as human beings, such as reasoning, learning, creativity and the ability to plan.

AI allows technological systems to perceive their environment, relate to it, solve problems and act with a specific purpose. AI is also known as analytical technology, or simply analytics. 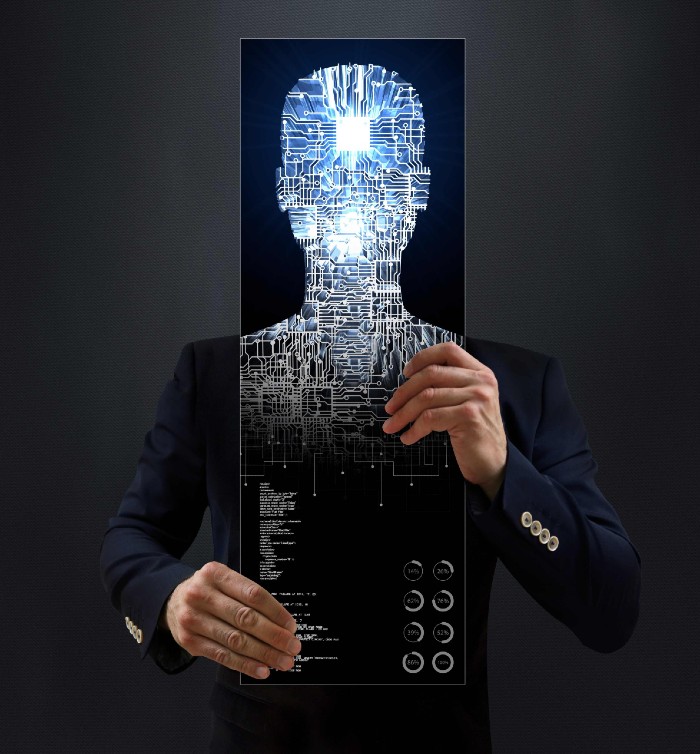 Certainly the scientists of research and development of computer science have managed to design algorithms or very sophisticated programs that loaded in the microprocessors present in the devices that we use today, execute countless operations or complex tasks offering instant results beyond the possibilities of response of a human in similar circumstances, and from there, our surprise and amazement.

The machine receives data (already prepared or collected through its own sensors, for example, a camera), processes it and responds to it.

AI systems are able to adapt their behavior to some extent, analyze the effects of previous actions and work autonomously. Facial recognition (FR), is part of the advancement of AI.

What is facial recognition?
It is the result of the positive identification of the identity of a person based on the comparison of the physical complexion data of his face captured by a video camera, capable of making a comparative analysis of many reference points of a person's face, such as distance between eyebrows, eye center, lips, chin, etc., data that have been previously uploaded to a database using a matrix photograph that may well reside in the camera, in an NVR or in a software, so that the FR algorithm performs the comparative task and confirms or not the identity of the individual in question.

The more data is analyzed, the more accurate the result of the comparison will be. The comparative task usually occurs in terms of nano seconds, so that the results are usually instantaneous. Similar criteria are also applied for LPR algorithms to identify a license plate. 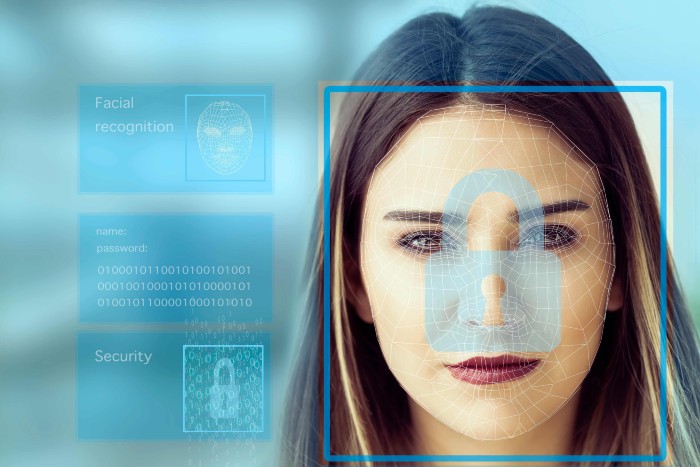 But be very careful! The data collected to perform these tasks is as diverse as the result expected by the user. The criteria for collecting this data is directly linked to the application and level of security required by the end user... and I explain: for an FR, the approach of the data stored by a company that will use them as access control is not the same as the data required by the prison administration, nor to those required by a hospital. The data that is likely to be required for the company is most likely limited to name, age, department, emergency contacts, entry and exit times, residence address, among others.

However, the data required by a prison, in addition to those mentioned above, could include, criminal record, blood type, classification of the inmate, time of conviction, privileges, etc. Likewise, the data collected by a hospital could include, medical history of the patient, and other data aimed at facilitating analysis of the patient's health status.

In such a way, that these databases contain a lot of information that, by law, must be kept confidential, and guarantee the integrity of these. Hence, AI system manufacturers are required to design devices that can be approved under the highest cybersecurity standards and information protection protocols such as the GDPR (General Data Protection Regulation) and the NDAA (National Defense Authorization Act).

AI in video surveillance
In the area of video surveillance, artificial intelligence began performing tasks that today are apparently simple, such as motion detection (MD), which at the time represented a very important advance, since it provided the possibility of programming a camera to detect changes in pixels in their visual field, and from there, allow the programmer to establish a rule to store video, only if there is a change of pixels in the camera's vision, and do not record if there are none.

This implied a significant improvement in the saving of space in the HDDs in days when the video compression codecs were not as efficient as they are today, in addition to having contributed to give quick answers when it was necessary to do investigations of the recorded video, because there was no longer to play hours of video in which nothing was happening. This simple analysis contributed significantly to the advancement of video surveillance as a fundamental tool in security.

Initially, the companies of development of these analytical characteristics in implementation of AI in the video surveillance market were in the hands of the VMS software developers, and depending on the type of analytics to be implemented by the client, he had to pay a license for each video channel, and the price of that license depended on the complexity of the type of analytics to be implemented, in addition to paying for the VMS plus the cost of the hardware.

This fact meant that the implementation of AI could only be undertaken by users who had high budgets, since the costs of licenses for each video channel, the cost of the VMS license plus the cost of hardware, made security solutions very expensive.

In Motorola Hellosecurity, we have seen this factor as an excellent opportunity to allow users of modest budget, and with projects in which the implementation of this type of analytics or AI is required, to access the implementation of these, without licensing cost up to 256 video channels in a client architecture. Thus, with the implementation of our hardware, access to AI has no cost. In this sense, customers who require solutions such as FR, LPR or FT, can provide solutions with our hardware to projects in which the number of cameras with advanced analytics required does not exceed 256 video channels, which, by the way, in Latin America a project of 256 cameras is already considered a medium to large project. For projects with more channels that require more than 256 video channels, we have solutions that include AI and can reach up to 30 thousand video channels by implementing our servers working in client-server architecture.

Cyber Security
The advancement of technology, the digitization of systems, the increase in the use of computer networks as a means of connection and exchange of information, these elements essential for the successful implementation of AI and thus obtain its benefits, marks a trend that, on the contrary, instead of decreasing, will inexorably invade the future of all systems, in all industries.

That computing ecosystem also requires the implementation of stricter cybersecurity protocols capable of safeguarding and protecting data and metadata, since for AI to work properly, it requires the interaction, analysis, exchange and active transfer of confidential, strategic and tactical information that, in the wrong hands, would grant the enemy immeasurable power.

It is for this reason that the implementation of AI requires the selection of equipment that complies with regulations such as the GDPR and the NDAA that are cybersecurity protocols aimed at protecting data against hacking and cyber hacking, actions that have become a powerful enemy and difficult to neutralize. These cybersecurity protocols demand from manufacturers, not only the selection of components of reliable origin, but also the protection of data under high-efficiency encryption systems to prevent data that can be looted, from being indecipherable to hackers.

AI also requires integrability between systems through language approval platforms such as ONVIF, a world-renowned organization that, in terms of video security, dictates the standards of operational interaction between manufacturers globally and Motorola Hellosecurity In addition to being approved with ONVIF v19.06, we have compliance with ONVIF profiles and we are also natively compatible with the two best-selling brands in the current market. This makes us a system that facilitates the gradual migration of any existing system, to a technological evolution to the next level that our products represent.

No thoughts on “Facial recognition and artificial intelligence in video surveillance”