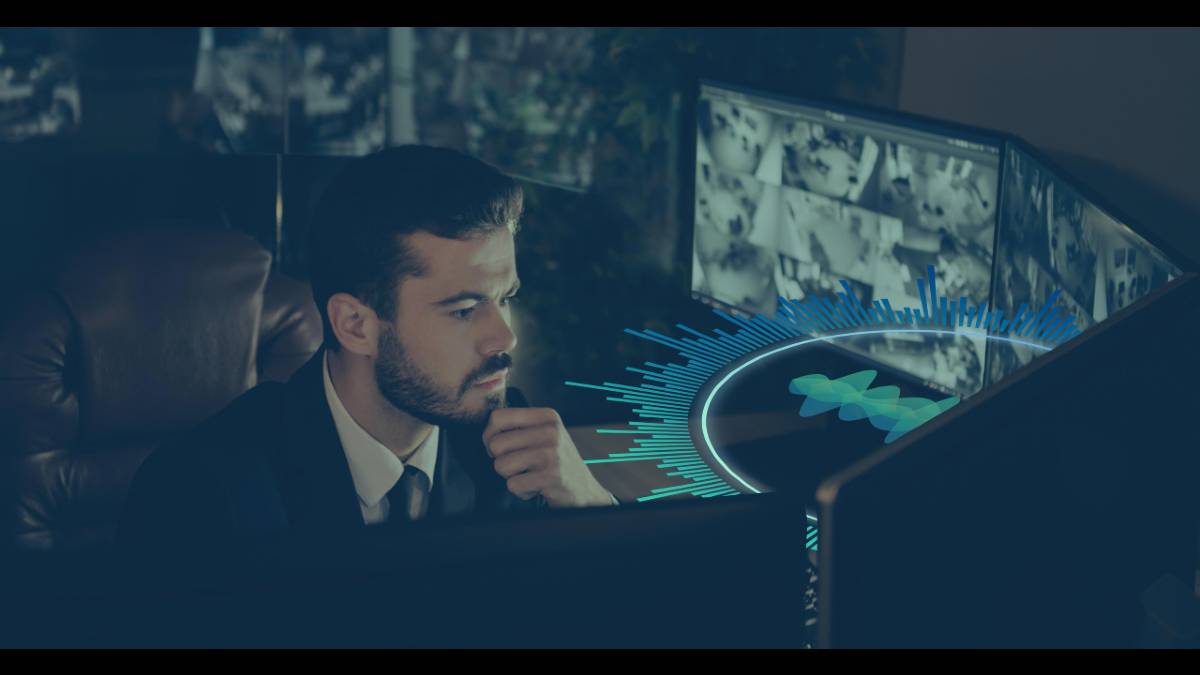 Benefits of sound systems in the actions that are taken with the help of video analytics.

Generally, when a video analytics generates an alarm, a central station or monitoring center will receive an alert. Employees monitoring the security system will then review the recording of the video that generated the alarm. However, video alone provides half of the image.

Consider an analytical video alarm caused by a line crossing. A fixed field of view of a camera may not provide all the information necessary for a security monitor to verify the alarm or assess the situation in its entirety. If additional suspicious behavior is occurring outside the camera's field of view, a video system will not detect it. However, due to the omnidirectional pickup pattern of most security microphones, an audio system connected to the camera can improve the accuracy of alarm verification.

With the inclusion of sound, security officers can hear sounds that indicate an ongoing event. When a monitoring center hears voices calling for help, broken glass, vehicle alarms or, in severe cases, gunshots, they can immediately verify that they alert and send security guards or first responders. In this case, the inclusion of audio with video analysis shortened the time needed to verify a video analysis alarm and move towards the resolution of a security incident.

Now consider the deterrent effect of a two-way audio system. Upon verification of intrusion or unauthorized entry into a restricted area, security officers can immediately reproduce an advertisement notifying the suspect that he must immediately leave the premises. Such an announcement informs the suspect that security personnel are monitoring his actions and that he will not succeed in trying to enter more.

A monitoring center can strengthen this effect using live voice in addition to pre-recorded ads. A general announcement recorded as "you are in a restricted area and must leave immediately" informs an intruder that a security system is active. A live voice saying "you in the red shirt, leave immediately, a patrol is on its way" tells the intruder that not only are they being monitored in real time, but also that security officers have obtained identifying information about them.

Most IP cameras sold today offer separate connections for a microphone and speaker. This means that, depending on the type of installation, integrators have the flexibility to include different types of sound equipment in order to improve overall safety.

Finally, in a situation where video analysis failed or intruders eventually gained access, audio equipment connected to cameras and recorders will get evidence of a crime beyond what video can capture. In case of robbery, assault or other security incident, the microphones will record what the criminals say. This information usually includes identifying information that can be used during investigations and prosecutions.

Consider the case of a theft at a retail outlet or at the cash register of a convenience store. With an audio recording of the event, security officers can hear information such as names, languages, or spoken keywords. In addition, depending on the behavior of the thief and the cashier, it is possible to capture audio information indicating theft or internal fraud.

For retail, convenience stores, and fast food restaurants, the focus area for security is the point of sale. Video cameras that cover the cash register are ubiquitous. And the addition of additional technologies like sound transforms the overall security system from one that simply records events for forensic review to a proactive tool for operations.

For example, visualize a transaction in which the recording shows an employee making a good-faith attempt to resolve a customer service issue by granting an unauthorized discount. A common video-only installation would show only one employee and one customer making a transaction at the point of sale, without providing context for discussion or additional information to act on. With the sound included in the recording, the loss prevention staff was able to listen to the complaint made by the customer, the employee's response, and conclude that the employee showed positive intentions, even if proper procedures were not followed. In addition, due to the information provided by the audio, the company can take corrective measures to ensure that the cause of the customer complaint is resolved.

Alternatively, consider a similar scenario where the video recording shows exactly the same interaction between the employee and the customer, however, the audio shows that the two are friends and there is no valid reason to offer the discount.

Both situations appear identical on video. It is the inclusion of sound that allows the loss management and prevention team to take appropriate follow-up steps ranging from customer service recognition to corrective action, or review their internal operations to ensure the same complaint does not arise in the future.

When we add video analytics to this system, operators can receive an alert of an event in progress and can listen live to monitor the situation. Without the audio settings, the context of what is going on is missing and difficulties are encountered analyzing the risks and responding to the alarm.

The inclusion of audio in video surveillance systems, especially those using video analytics, will improve the ability, operation, and power to monitor areas remotely. When security officers can hear the cameras see, they can offer stronger and more comprehensive security.

No thoughts on “How Sound Improves Video Analytics”