IDIS technology is used in a very important update of the security of the Alianza Lima football club in the city of Lima (Peru), in partnership with BTCO, Segurimax and Herta Security.

Within the framework of the 32nd version of the ASIS International convention and security exhibition, IDIS informed us that the Alianza Lima football club, based in Lima, Peru, selected IDIS technology to carry out an optimal upgrade, with state-of-the-art technology, to the security of its stadium facilities.

One of the longest-running football teams in South America, Alianza Lima, is also one of the most successful clubs in Peru. It has won a total of 23 league titles and has the largest collective of fans in the country.

The stadium of Alianza Lima, the traditional Alejandro Villanueva, was built in 1974 and has a capacity for 35,000 spectators. With four artificial lighting towers, a main playing field, a complex for the club's minor divisions and training facilities, the stadium is undoubtedly one of Lima's most impressive structures, but its security system was woefully outdated. It consisted of only 16 analog cameras distributed throughout the facilities.

Due to the increase in vandalism and violent altercations, Alianza Lima began planning a radical intervention to the security system to replace its obsolete analog system. The club selected the duo formed by BTCO and Segurimax, a commercial team with great experience in the security industry, which used the economical and high-performance technology of IDIS' DirectIP™ solutions and the facial recognition technology of Herta Security, a technological partner of IDIS, to meet the needs of the Alejandro Villanueva stadium.

The new solution consists of a total of 50 IP cameras (8 of them with the advanced 4K resolution of IDIS), powerful network video recorders (NVR, for its acronym in English) H.265 of IDIS that allow to save bandwidth in the network and storage space, together with the video management software (VMS, for its acronym in English) of IDIS Solution Suite to manage smoothly and intuitively the security of the facilities, without the need for a PC.

The Alianza Lima football club expects a significant reduction in vandalism and violent altercations both inside and outside the stadium,  thanks to the agile features offered by IDIS technology. Alianza Lima General Manager Christian Bustos commented: "We are very proud to announce the inauguration of our new and modern stadium control center, equipped with 50 IDIS security cameras with Full HD and 4K technology, complemented by Herta Security's facial recognition software.

"The state-of-the-art technology employed in our new control centre is the security solution that the club, visiting teams and supporting families deserve. All stadiums in Peru should consider similar updates, and implement these types of modern security solutions to ensure the safety of all people linked to Alianza Lima. This update represents a huge technological breakthrough for Alianza Lima, and we look forward to setting a positive example for the entire athletics sector." 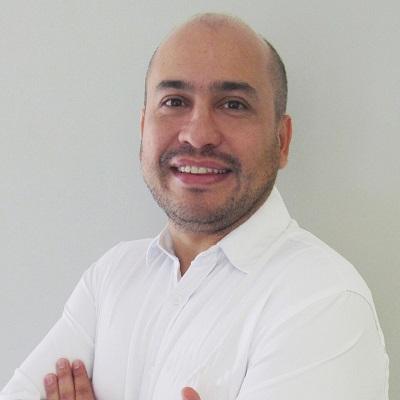 No thoughts on “IDIS and Alianza Lima, security partners”